If you require further information, book an appointment or need answers to a question, please feel free to contact us by (021) 32212572

Need to know more about this business, please call us during business hours or visit our website and can get more information of burhani-hospital-karachi by http://www.burhanihospital.org.pk/ 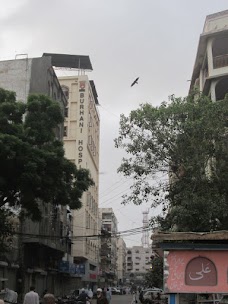 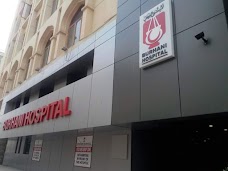 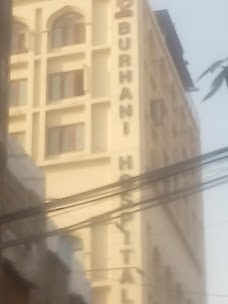 Good hospital, good number of specialist doctors. Mostly fee starts from Rs. 600. But no parking space. A narrow street, difficult to drive car through it.

Good hospital but no parking available onsite or near by. Good services and nice doctors.

Good hospital but no parking available onsite or near by. Good services and nice doctors.

Best in the area. Valet was available for parking

Best in the area. Valet was available for parking

Very baaaaaad experience.....🤬🤬 They are just making money. They are not doctors they are beha

Very baaaaaad experience.....🤬🤬 They are just making money. They are not doctors they are behaving like butchers. They are taking full advantage of their patients. Misleading, misguiding and pressurizing the patients and their attendants. They are deliberately transferring normal patients to ICU for just making high bills. And the other point is that they don't have Stairs from 1st to 3rd floor. You only can use lift. In case of any emergency like fire it is very very risky. Also they don't have parking lot outside the hospital.🤬🤬🤬😡😡😡 If you really worth your loved ones never go to burhani hospital. Sharing on the behalf of my very personal experience which I faced during my husband illness.

Pathetic service. Unprofessional staff. Waiting for 1.5 hours still the queue was mismanaged and we

Pathetic service. Unprofessional staff. Waiting for 1.5 hours still the queue was mismanaged and we camr back without checkup. They were not sending patients according to their number. Worst worst hospital.

Its totally commercial hospital my cousin admitted in this hospital for 5 days he went their for check up but they admitted him and than after put him in ICU for 5 days after that insisted for vantilator the family decided to move him Imam clinic and they said there is no need for ICU and vantilator after 2 days patient were discharge and alhamdulillah he is fine now. Please dont go there and saifee hospital north nazimabad also move on the same tract.

Worst experience, my child was admitted for 14 days without having any proper treatment, concerned d

Worst experience, my child was admitted for 14 days without having any proper treatment, concerned doctor visited once in a day only. They charged me 75 thousand for this with no any improvement and I found that they only make a fool to people to looted more money from patient. Never recommended to anyone.

Dr. Rasheed and Dr. Kulsoom from the Gynecology are awesome, but very bad experience with the manage

Dr. Rasheed and Dr. Kulsoom from the Gynecology are awesome, but very bad experience with the management, junior doctors as well as the nursing staff (male). Suffered following issues, therefore not recommended: 1. Female patient was allocated a room over the 8th floor, which is basically a male ward, whereby all the patients as well as staff were male. So uncomfortable and inconvenient. 2. Male staff deployed to shift patient from OT to room. Very inconvenient, unethical and unprofessional. 3. A request was made to allow male urologist to treat urological issue of female patient. Very unethical hence the request was vehemently denied with objections. 4. Male nursing staff impationately enter the room of female patient, without permission, despite of the several requests not to do so. Which was highly objectionable as well as against the ethics and Eastern Culture. 5. Male staff deployed to move female patient from room towards ultrasound, via wheelchair. Excessively, objectionable. Hence didn't allow. 6. A request was made to allow male, for doing pelvis ultrasound. Finally pushed to limits, hence had to shift the patients immediately. All the aforementioned issues were addressed to management, but no plausible action was taken, rather we were discharged immediately. No sorry no apologies 🤣... It gave impression of a veterinary clinic, rather than a professional hospital. 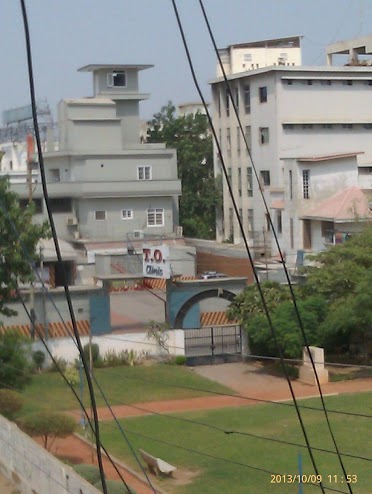