Note: These Images are displaying via Google Maps Api, If you see any Copyright violation on our website please contact us ASAP. Attributions: Hussain Ali

One of the oldest and popular library in karachi

One of the oldest and popular library in karachi

One of the oldest library of Karachi

One of the oldest library of Karachi

In Karachi we have a library named after Ghalib. It was founded by another great poet Faiz Ahmed Fai

In Karachi we have a library named after Ghalib. It was founded by another great poet Faiz Ahmed Faiz along with a great scholar, Mirza Zafar ul Hasan. The idea was cultivated sometime in 1968, the year the world celebrated Ghalib’s centennial. Both gentlemen founded Idara-e-Yadgar-e-Ghalib (IYG) which paved the way for a library and a publishing house in 1971. This was the time when Nazimabad was center of intellectual discourse, limited not just to literary thought. Visit Ghalib library today and you can still sense that great things happened here. Many a giants have been associated with the library, starting of course with Faiz Ahmed Faiz, who edited the literary journal published by IYG. Mirza Zafar ul Hasan, elected founder secretary, invited scholars and intellectuals from the country and abroad to give lectures at the library. Soon Ghalib Library became a popular rendezvous for creative and curious souls. The likes of Ismat Chughtai, Sibte Hassan, Josh Maleehabadi and many others have given lectures here. In addition to founders’ efforts, Ghalib library benefited from mini renaissance that had taken place in Nazimabad, as it became home to migrant families coming from Lakhnow, Deccan and other towns known for being centers of learning. The first thing that catches your attention when you visit the library these days is its understated but elegant structure. This two storey building was constructed by Habib Bank in 1971 and handed over to IYG for running the library. The building mainly consists of two big halls, one on each floor along with few small offices and rest rooms. There is a spiral staircase outside the building connecting both floors. The other thing that catches your attention is outside board stating ghalib library in typical Sadequain genius. The original calligraphy piece is displayed in the main hall on ground floor. The relic from golden era of the library. The library is still in great condition, especially if you compare it to other libraries in Nazimabad and Karachi in general. However compared to the standard that Faiz and Mirza sb set, it falls short. It perhaps is harsh to expect current management to meet those standards. The times have changed an so has Nazimabad and Karachi. The good thing is that library is holding to its peerless collection of historical letters and editions. Some of the letters of historical importance include that of Josh Maleehabadi, Sibte Hassan, Ralph Russell, Maulana Abul Kalam Azad and others. Some of rare edition of books include that of Shahname Firdousi, Alif Laila, Tilsim Hoshruba among others. The library also has a large collection of literary journals that have gone our of circulation. The literary gatherings are no more but the library is still a refuge for scholars of Urdu. The library has a collection of more than 30,000 books and perhaps a larger number of journals which keeps increasing as people donate books no longer needed in the family. The ground floor hall is also used by students from nearby colleges who use the quiet setting for concentrating on their assignments. They perhaps never get any book issued.

Nice and old place for books readers and books lovers

Nice and old place for books readers and books lovers

It is a great place for thinkers, poet's and writers they can have great ideas for their work becaus

It situated at 5-Star round about North Nazimabad. Long time ago students taken help from this li ra

It situated at 5-Star round about North Nazimabad. Long time ago students taken help from this li rary books. But right now ery often you can see any student inside library. Only old people visit for thirst of newspaper only. Confition and outlook of library also not good now. 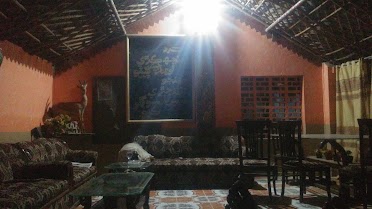 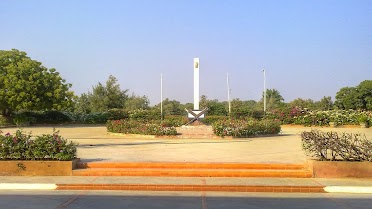 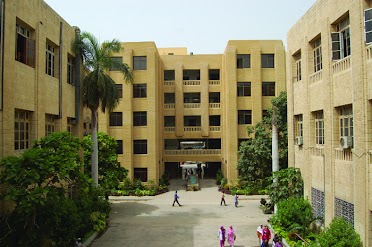