porcelain-salon-islamabad located at Islamabad, Pakistan We will be happy to guide you through any of the above if you are having problems or do not understand. You can Call us at our business hour at 0312 5383471 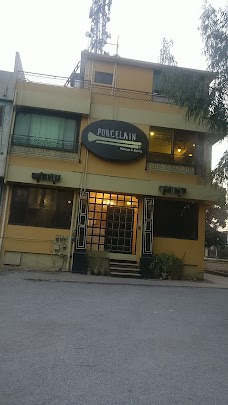 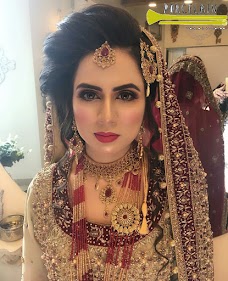 Attitude issues and doesn't listen much. Less flexible and less creative. Good location and economical. But you can get more options which are better in same price. Won't recommend to wife second time.

If - 5-star rating was an option, I will definitely give it to this place for customer service. for

If - 5-star rating was an option, I will definitely give it to this place for customer service. for those who have infants, please do not visit this place because the owner is a complete As******le. I live in the USA and what I have seen from last 10 years in this country that Customers are treated with utmost respect. I went to Islamabad in December last year to attend my sister's nikah ceremony. one of my sisters suggested me another place and warned me about this place but I was carried away with the suggestion of my other sister and went to this salon ( biggest regret of my life) with my 11-month-old son and my Aunt and cousin were also with me. My son was suffering from the infection and was a bit cranky at that point. Nobody at the salon including brides and employees was hating him accepts that psychopath owner with ABCD accent owner, in fact, she is not ABCD (American born confused Desi) I am sure she is PBCD(Pakistan born confused Desi). So in the middle of my makeup my son started crying so I told my aunt that let me hold my son and politely asked the employer which agreed had no problem with that. and then that psychopath owner start shouting on top of her lungs on me. I just tolerated for the sake of my kids because I did not want any drama at that point in time. The owner had no respect for her customers at all and top of that she refused to serve my Aunt and cousin and charged me extra money. I just wanna say makeup was Nice but whats the point when you've been humiliated and treated like you are nothing. I Wish she was in the USA and treat me like this I would have been definitely sued her for this miss conduct. She ruined my day. I Hate her and hate that place. never going back.

the staff was very accommodating and facial services on point

the staff was very accommodating and facial services on point

Terrible customer service. The owner has no respect for others. Please spend your money where you ar

Terrible customer service. The owner has no respect for others. Please spend your money where you are valued as a customer.

Worst customer service. This women has no manners towards her customers. Charges different customers

Worst customer service. This women has no manners towards her customers. Charges different customers different prices. I was charged $4000 extra because I live in Canada. These people have no idea how to talk to people, let alone customers. I don’t know how they decided to run a business. If they cheat their customers depending on where they live assuming they have money to throw, the business won’t go very far. I booked fatima for the signature party makeup look and was told on the phone that it was for $15000 + $1000 for dappata setting. Prior to the booking, I enquired about the products she would be using and she told me that she would be using Ardell lashes. Those were not used but a local brand. Once I arrived at the salon, fatima immediately told one of her employees to take the money from me. She also let me know that she had the number I was using saved under my sisters name. She then asked me if I live in Canada to which I replied yes. As I was getting my makeup done, one of the employees answered a phone call and told a customer that her party signature makeup is for $12000. Once the makeup was done, I had to fix the eyeliner and the eyelashes were coming off. I gave her my concealer to use as she was using a drugstore brand. I also used my own lipstick. My nails were done from before, so that didn’t need to be done( this was included in the 15000, when I asked her to set my dappata instead, she said it’s not the same�) I know setting a dappata is much easier than painting nails. She sent me off to get my hair done. There were two girls working on separate sections of my head. No product used to prepare for styling. The girls were very messy and at one point, I didn’t think they knew what they were doing. My hair was not straightened prior to styling. Then, when they were finished, I hated how they did my hair; completely different from the picture I showed them. I asked for it to be fixed and that was not done. I was not satisfied with my makeup or hair for the price I payed. The day after, I asked my cousin to call and enquire about the price and she was told it was 12000$. So I decided to confront this in person and instead of dealing with it professionally, She sent her two sisters to argue. The sisters kept saying fatima is busy and can’t come. She was downstairs waiting in her car for the problem to be dissolved on its own. When she realized, we wouldn’t leave without an apology, she came up. she did not apologize and started yelling. I’m shocked at how unprofessionally this business is being run. Please beware of this lady and confirm prices twice as she will charge you extra for no reason. We have many poor people in Pakistan that would need the 4000$ more than she does. 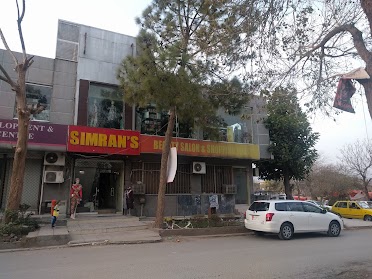 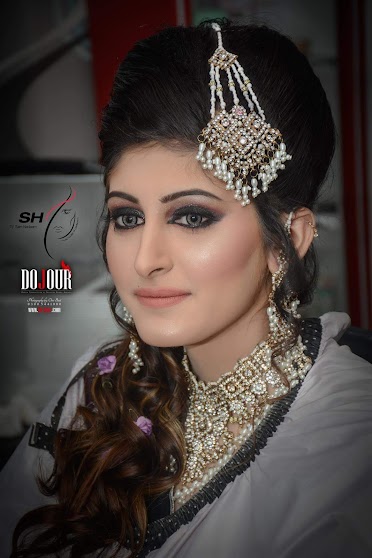 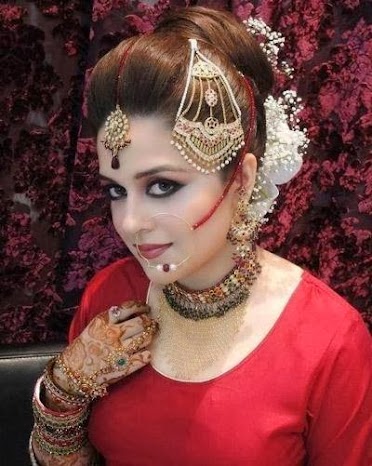 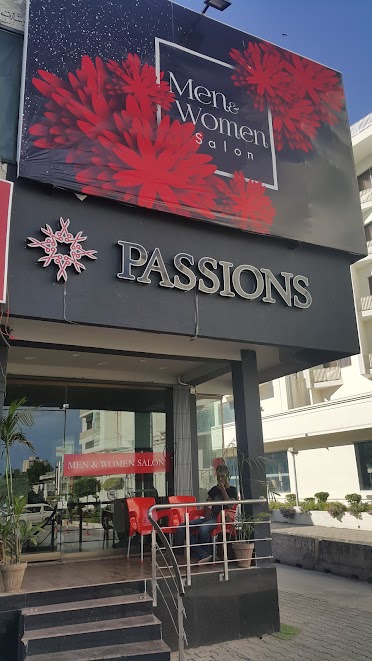