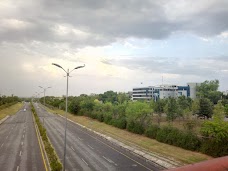 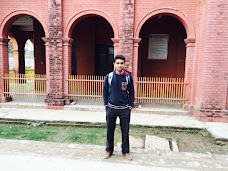 Riphah International University, Islamabad is a private University, chartered by the Federal Governm

Riphah International University, Islamabad is a private University, chartered by the Federal Government of Pakistan in 2002. The University was established with a view to produce professionals with Islamic moral and ethical values. It is sponsored by a not-for-profit trust; namely Islamic International Medical College Trust (IIMCT), created in 1995. The first project of the IIMCT was the Islamic International Medical College, Rawalpindi, established in 1996 by its Founding Managing Trustee; Maj. Gen. (Retd.) Muhammad Zulfiqar Ali Khan, TI(M), TBt (Late). Currently the University has 7 faculties and various academic departments and an overseas project, namely, RAK College of Dental Sciences, UAE. The University is also working on establishment of its campus in Mauritius. Mission Statement “Establishment of State-of-the-Art Educational Institutions with a focus on Inculcating Islamic Ethical Values." Constituent Campuses: The University has following campuses in Islamabad, Rawalpindi, Lahore, Faisalabad and Ras Al-Khaimah, UAE. Main Campus, Sector I-14, Islamabad.City Campus - I, G-7/4, 7th Avenue, Islamabad.City Campus - II, Evacuee Trust Complex, Islamabad.Al-Mizan Campus, Rawalpindi.WISH Female Only Campus, H-8/2, Islamabad.Lahore City Campus, Township, Lahore.Raiwind Road Campus, Lahore.Lahore Industrial Estate Campus.Faisalabad Campus, Satiana Road, Faisalabad.RAK College of Dental Sciences, Ras Al-Khaimah, UAE. Riphah has started work on its new campus in Zone V, Islamabad along with a Teaching Hospital with six hundred beds. Governance The Honourable President of Islamic Republic of Pakistan is the Patron of the University. Maj. Gen. (Retd.) Muhammad Zulfiqar Ali Khan (Late) was the founding Chancellor. Presently, Mr. Hassan Muhammad Khan is the Chancellor of the University and Prof. Dr. Anis Ahmad, an eminent scholar of international repute and educationist of distinction, is the founding Vice Chancellor of the University. The Board of Governors and the Academic council are the highest policy making bodies of the University. The Vice Chancellor is the Chief Executive and Academic Officer of the University. University Ranking and Quality Certification Riphah International University, Islamabad was included in “W” Category Universities by the Higher Education Commission (HEC) of Pakistan in 2005 and soon was included in the top five universities in the private sector who qualify to receive research grants from the Government of Pakistan through the HEC. Recently, Riphah is ranked at the second position among all the private national universities of general category. Further, the Quality Enhancement Cell of the University got first position among the private sector “W” Category Universities of the Country according to the score card formulated by the HEC. Riphah is the first University of the Country that has been certified under ISO 9001:2008 Standard announced by the UK based Lloyd’s Register, which is one of the top five global independent risk management and safety assurance organizations.

I love this university but now the rules are very strick and useless ,, if you are standing or stud

I love this university but now the rules are very strick and useless ,, if you are standing or studying with the opposite gender they will make a big issue and will take our card and give a heavy fine

this is one of the best university of pakistan,, just to make sure u all that if anyone of u interes

this is one of the best university of pakistan,, just to make sure u all that if anyone of u interested in pharmacy so this uni is hec and pharmacy recognised n they give license at the end whereas many well known uni dont give so before u get admission make sure either it is both recognised or not.. 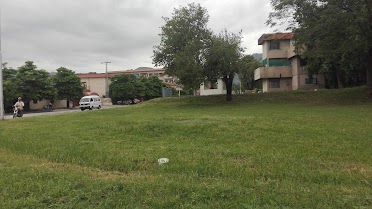 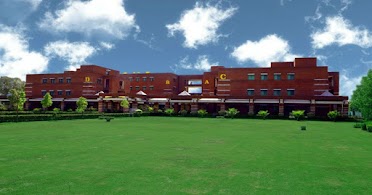 Capital University of Science and Techno 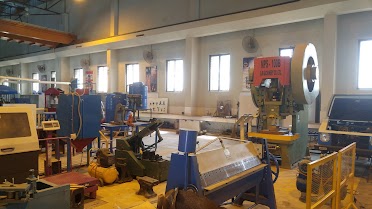 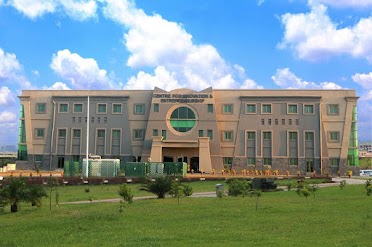 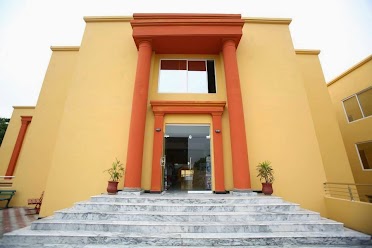