Note: These Images are displaying via Google Maps Api, If you see any Copyright violation on our website please contact us ASAP. Attributions: Jun Studio Αυταπάτες Αχμέτ Imran Butt 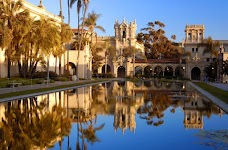 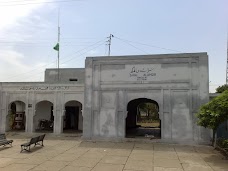 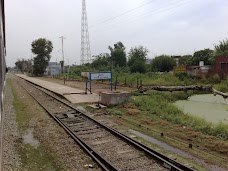 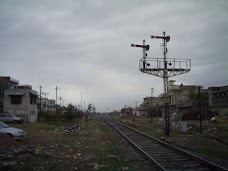 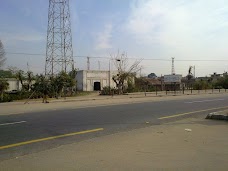 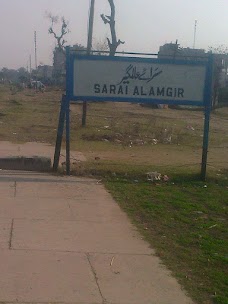 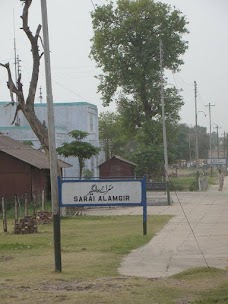 A railway platform is an area – normally paved or otherwise prepared for pedestrian use, and often

A railway platform is an area – normally paved or otherwise prepared for pedestrian use, and often raised to a greater or lesser degree – provided alongside one or more of the tracks at a railway or metro station for use by passengers awaiting, boarding, or alighting from trains. Almost all stations have some form of platform, with larger stations having multiple platforms. The world's longest station platform is at Gorakhpur Junction in India at 1,355.40 metres.[1] The term "platform" is also sometimes applied to any type of raised loading bank provided beside a railway line or siding for the loading and unloading of freight wagons. Among some United States train conductors the word "platform" has entered usage as a verb, as in the announcement: "The last two cars of this train will not platform at East Rockaway".[2] Height relative to trains Edit Main article: Railway platform height The most basic form of platform consists of an area at the same level as the track, usually resulting in a fairly large height difference between the platform and the train floor. This would often not be considered a true platform. The more traditional platform is elevated relative to the track but often lower than the train floor, although ideally they should be at the same level. Occasionally the platform is higher than the train floor, where a train with a low floor serves a station built for trains with a high floor, for example at the Dutch stations of the DB Regionalbahn Westfalen (see Enschede). On the London Underground some stations are served by both District line and Piccadilly line trains, and the Piccadilly trains have lower floors. A tram stop is often in the middle of the street; usually it has as a platform a refuge area of a similar height to that of the sidewalk (e.g. 100 mm (3.9 in)), and sometimes has no platform. The latter requires extra care by passengers and other traffic to avoid accidents. Both types of tram stops can be seen in the tram networks of Melbourne and Toronto. Sometimes a tram stop is served by ordinary trams with rather low floors and metro-like light rail vehicles with higher floors, and the tram stop has a dual-height platform, as in Amstelveen, Netherlands. A train station may be served by heavy-rail and light-rail vehicles with lower floors and have a dual- height platform, as on the RijnGouweLijn in the Netherlands. Types of platform Edit This diagram illustrates different types of platform. Platform 1 is a "bay" platform, while platforms 2, 3 and 4 are "through" platforms. The platform accommodating 3 and 4 is an "island" platform Platform types include the bay platform, side platform (also called through platform), split platform and island platform. A bay platform is one at which the track terminates, i.e. a dead-end or siding. Trains serving a bay platform must reverse in or out. A side platform is the more usual type, alongside tracks where the train arrives from one end and leaves towards the other. An island platform has through platforms on both sides; it may be indented on one or both ends, with bay platforms. To reach an island platform there may be a bridge, a tunnel, or a level crossing. The climb up to the bridge or down to the tunnel may use stairs, ramps, escalators, lifts, or a combination of the above. A variant on the side platform is the spanish solution which has platforms on both sides of a single through track.

Railway Station not clean but service is good

Railway Station not clean but service is good

It's a railway vehicle

It's a railway vehicle 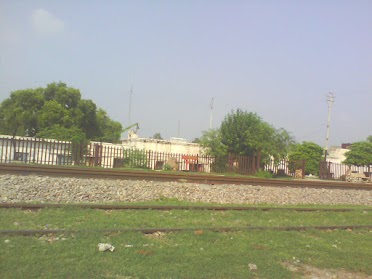 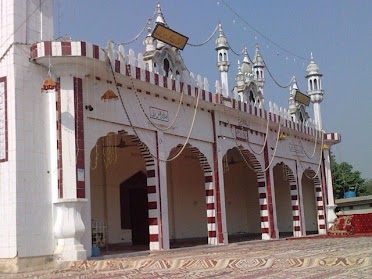 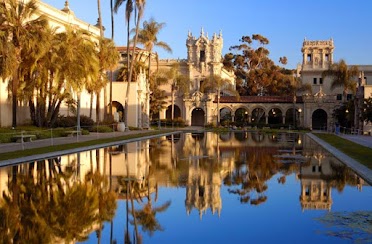