Note: These Images are displaying via Google Maps Api, If you see any Copyright violation on our website please contact us ASAP. Attributions: muhmmad ansar Abdul Rehman 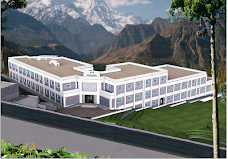 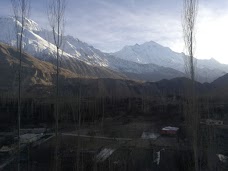 The school we are shedding Spotlight on today is Aga Khan School, Murtaza Abad. Located in village M

The school we are shedding Spotlight on today is Aga Khan School, Murtaza Abad. Located in village Murtaza Abad in Central Hunza, in the shadow of the mighty Rakaposhi mountain, the school has a unique history which is closely intertwined with that of another local school, the Al-Murtaza Academy. Known as Diamond Jubilee High School, Murtaza Abad till 2018, it started out like many other DJ schools: in 1946 in the local Jamat Khana with just two rooms and a single teacher, Mr. Tawalut. It was many years later, in 1973, that the school got its own building, constructed by the village community on a self-help basis. Diamond Jubilee High School, Murtaza Abad continued as a primary school till 1980 when the Aga Khan Education Service, Pakistan upgraded it to middle school. In 2004, the community started grade 9 and 10 classes to facilitate the students who were studying at the school till the middle level. A year later, to improve the learning environment, AKES,P built additional rooms, and in 2016, it took over the secondary classes from the community, bringing the entire school under AKES,P management. Meanwhile, in 1993, another school was established in the Murtaza Abad village called the Al-Murtaza Academy. Founded by the Al-Murtaza Educational and Social Welfare Organisation (AMESWO), the aim of the school was to increase the provision of educational facilities for the students of Murtaza Abad and surrounding villages. It started out as a primary school and was later upgraded to a middle school. One of the earliest teachers of the Al Murtaza Academy was Elisabeth “Leeza” Tschursin, who having completed her university degree in the United States, travelled to Hunza and taught science at the school. After some time, Elisabeth Tschursin returned home but held very fond memories of her time in Hunza, and the dream that the children of the village would one day study in a school with all the facilities of a modern educational institution. When Elisabeth Tschursin passed away, her mother, Mrs. Diana MacArthur, decided to build a school in her memory in Murtaza Abad village in collaboration with AMESWO. The school, which took over 5 years to build, has a capacity for 400 students with 13 classrooms, a library, science and ICT laboratories, and large grounds. When it was completed, the Al Murtaza Educational and Social Welfare Organisation and Mrs. MacArthur decided to hand over its management to AKES,P, to ensure a high standard of education and sustainability of operations. In a high-profile ceremony in September 2018, in the presence of Mrs. MacArthur, officials from the AMESWO and AKES,P, and the local community, the school was officially handed over to the AKES,P and renamed the Aga Khan School, Murtaza Abad, merging the Al Murtaza Academy and the Diamond Jubilee High School, Murtaza Abad. Today, the Aga Khan School, Murtaza Abad teaches grades pre-primary to secondary, and has a student strength of 380 students who are taught by 25 teachers. The school is affiliated with the Aga Khan University Examination Board and is playing its role in improving the availability of quality affordable education for the children of Hunza.

A place where we spent very nice moments

A place where we spent very nice moments 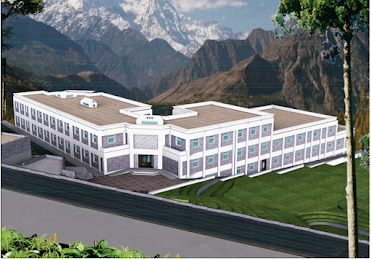